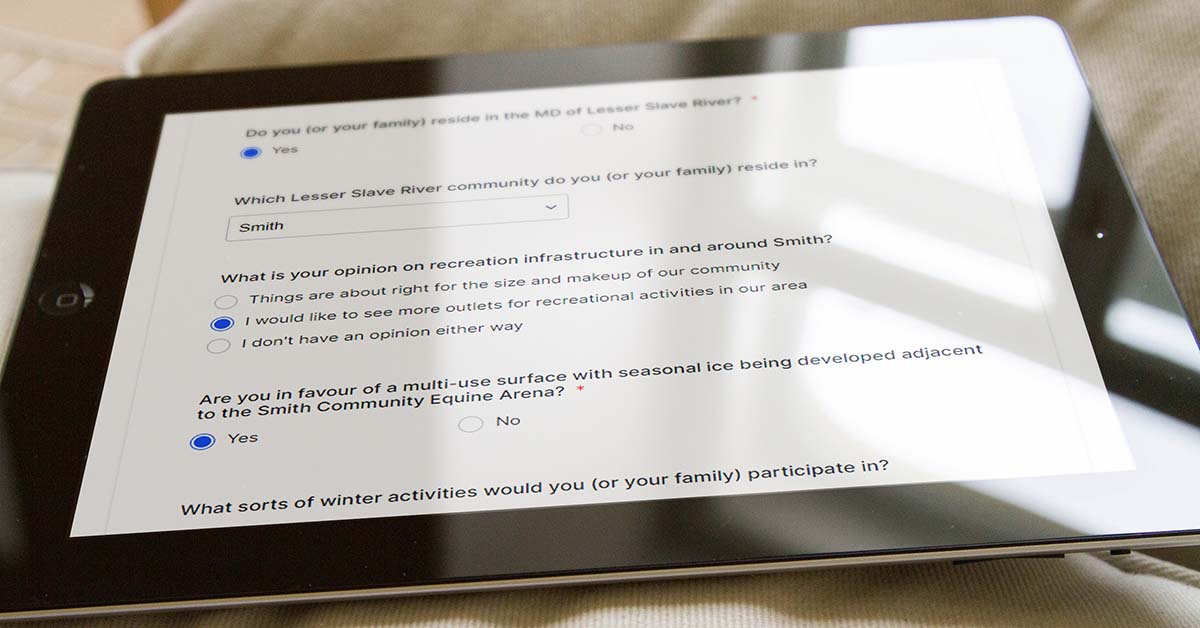 In the fall of 2021, the the MD conducted a survey to generate awareness and gauge public feedback on the proposed multi-use surface next to the Smith Equine Arena and Grounds. See the survey results below.

From the onset of the contemplated Smith Vision project, the MD recognized the importance of community support. Before breaking ground, project stakeholders wanted to ensure local community members and business owners were aware of — and in agreement with — the game plan.

Throughout August and September 2021, community members and area businesses shared their feedback via the MD's public opinion survey. Most respondents completed the interactive survey here at smithvision.ca, but the MD also circulated mini-survey postcards to local communities and businesses.

A big thanks goes out to the close to 150 community members who responded to the Smith Vision public opinion survey. About 80% of the survey respondents hailed from the Hamlet of Smith, but there were also a few entries from Chisholm, Flatbush, Hondo and the Town of Slave Lake. There was a pretty even split between the age ranges of respondents, with a slightly heavier percentage (28%) between 35 and 44 years of age.

Collective Endorsement of the Vision

The lion's share of survey respondents (92%) agreed that creating more recreational outlets for the Smith region is a great idea. This same percentage was in favour of a multi-use ice surface being developed adjacent to the Smith Communtiy Equine Arena.

Some who took the survey were in favour of the Smith multi-use ice surface, provided that budgets don't creep upward or MD taxpayers don't get stuck with th bill.

The few survey respondents who were opposed to the project had similar concerns: they felt the Smith Equine Arena could be renovated to perform double-duty as an indoor skating faciity. As sensible as this notion sounds, however, it was determined in 2019 that the costs of retrofitting the aging arena would far outweigh any return on investment. Visit the FAQ Section for more details on why a covered ice surface is a more feasible option than the Smith Equine Arena.

A Spectrum of Seasonal Possibilities

Not surprisingly, curling, shinny hockey and leisure skating were top of mind when survey respondents were asked how they would use the ice surface during the winter months. When asked about the types of warm-weather activities that would entice people to the multi-use surface, the following options rose to the top:

Many Keen to Support the Project

84% of survey respondents indicated that they would consider sponsoring, supporting or contributing in-kind services toward the Smith Vision. Many offered to contribute their time by way of light-duty labour, ice upkeep or site maintenance were offered. A few folks offered their tools and tractors. Some offered to help with the fundraising activities, and some actually offered to help sponsor the project.

Next Steps of the Smith Vision

Backed by resounding community approval, and with the Smith-Hondo Association of Recreational and Agriculture Society (SHARA) as partners, the MD is forging ahead with the fundraising phase. SHARA and the MD are working to finalize remaining administrative and planning details, with the goal of having shovels in the ground as early as the spring thaw.

Interested in seeing project updates, milestones and events associated to this project? You'll see them here first at smithvision.ca. 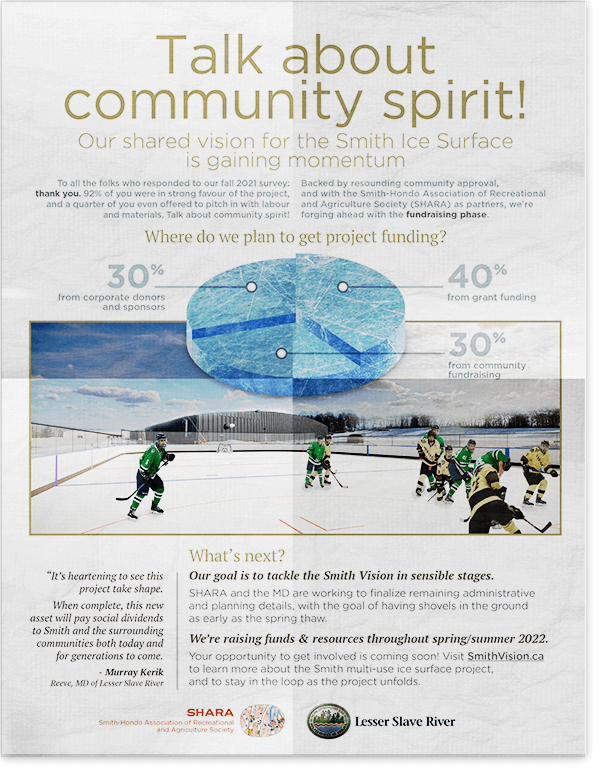 Click Here to download an infosheet on the first stages of the Smith multi-use surface project in PDF format. 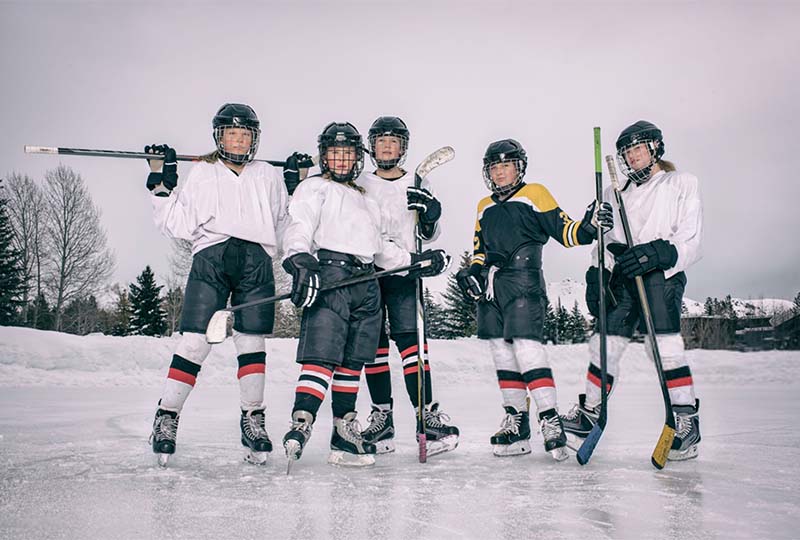 Recreation, sports and leisure pursuits are vital to Albertans. The activities we choose for enjoyment, where we live and take vacations, what we teach their children, and who we select as our heroes all demonstrate the importance of active living. 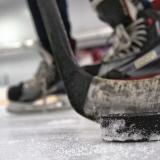 IN SUPPORT OF ACTIVE LIVING 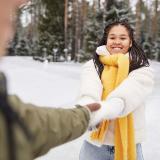 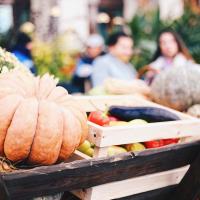 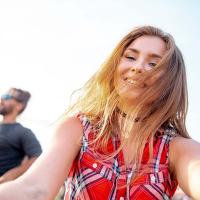 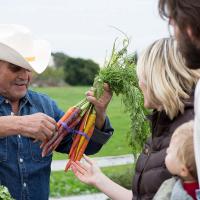 A SURFACE FOR ALL SEASONS 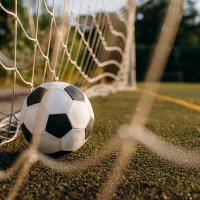 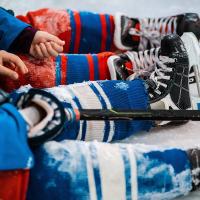 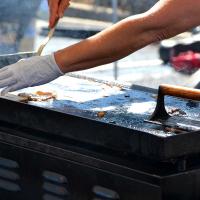