Escaping the line of fire.

With any type of critical event, the first consideration is people. Stationed at the MD Administration Office and comprised of Councillors and municipal employees, the Emergency Operations Centre stood at the ready to alert residents of the approaching disaster. To those making phone calls or knocking on doors, there was a delicate balance at play: communicate the gravity and convey a sense of urgency, but remain calm and don't allow panic to take root.

Leaving Everything Behind with Moments to Prepare

Public response tends to vary when faced with something as unprecedented as a natural disaster, and on the weekend of May 14, communities within Lesser Slave River were no different. Some knew it was coming and had already begun to pack. Others doubted that a forest fire would reach their town unchecked. Many were oblivious to the event until they received a phone call from the MD (which by then had turned into the EOC). Before long, however, one only had to look to the sky to appreciate the magnitude of the situation.

Some communities in the paths of the looming fires were put on a two-hour evacuation notice, giving residents time to pack, prepare, steel themselves emotionally and wait. During this time frame, Sustainable Resource Development was working to establish a trigger point; a point at which the fires would become unmanageable and evacuation would become necessary.

On Saturday, the first trigger point was reached, and at a second one at noon on Sunday. Each time, affected residents were forced to leave their homes and most of their belongings behind.

Deputy Chief of the Calgary Emergency Management Agency (CEMA) Tom Sampson describes how local knowledge was essential to quickly orienting incoming fire crews from across the province and farther afield. 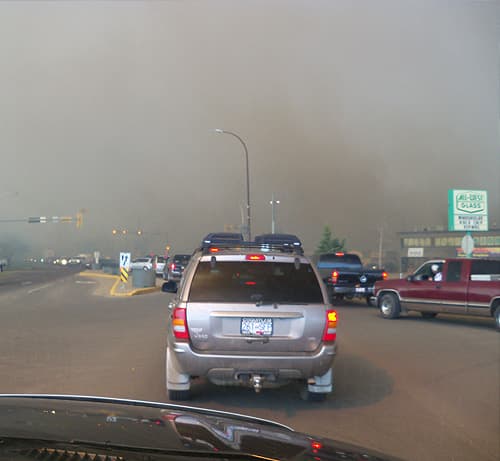 The wildfires caused the wholesale evacuation of residents to the nearby townsof Athabasca and Westlock, and as far away as Edmonton. This was one of the largest displacements of residents in Alberta's history. 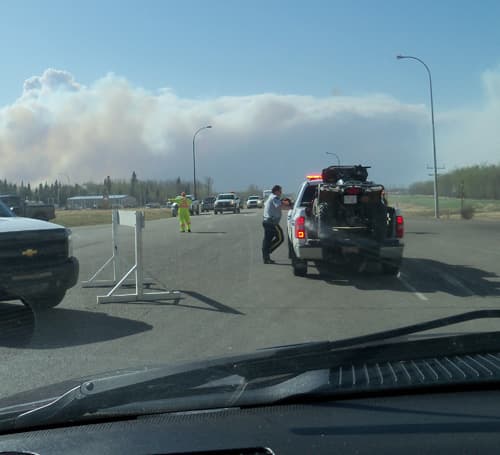 The fires led to a number of evacuation alerts and road closures, in addition to several evacuation orders. In addition to Slave Lake, the communities affected by the wildfires include Wagner, Canyon Creek, Widewater, Loon River, Marten Lake, Little Buffalo and Fox Creek.

"Time was nonexistent due to the sky being filled with black smoke and blocking out the sun. I have no idea of time frame for the first 24 hours. One of the biggest issues was food. The evacuees’ food was all gone and there was none for the rescue workers. We decided we’d have to break in to the store. We soon realized that we would be breaking into a lot of places that night." 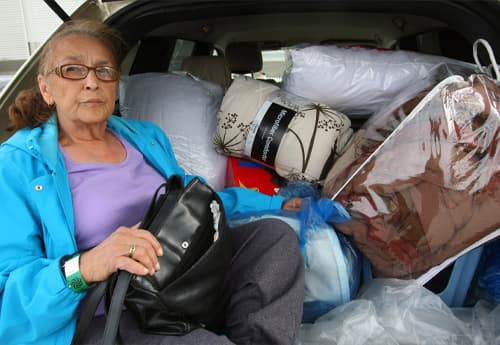 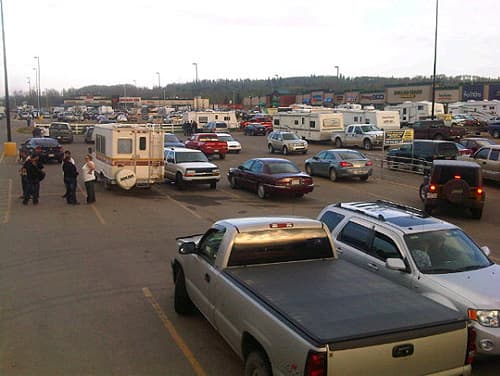 During the evacuation, all roads leading out of the town had been engulfed in fire, cutting off escape routes. The message was broadcast via remaining channels that fire had breached the Town of Slave Lake boundary along the southern portion. Residents were urged to move toward large green areas; beaches; or large parking lots like Walmart, Canadian Tire or the Sawridge Mall. 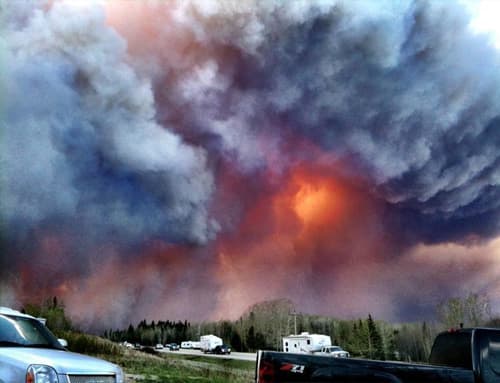 OUTLIERS
Some Stay Behind

A small number of residents opt to remain in their homes where they feel safer. Ever-vigilant to avoid roaming RCMP patrols, they do what they can to protect their homes and neighbouring structures.

"I didn't think I was getting out alive. I honestly didn't for a few minutes." 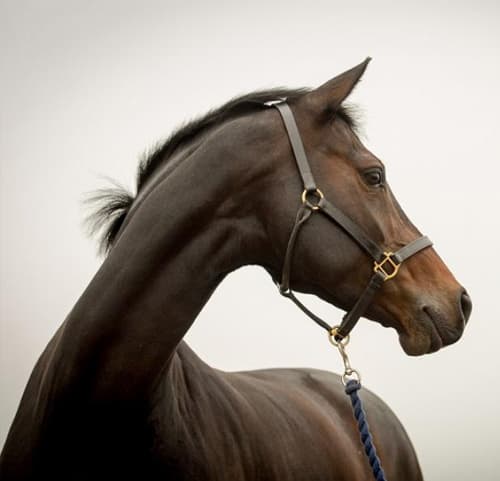 In the span of six days, the ARC rescued more than 300 animals left behind during the evacuation.