Snow removal across Lesser Slave River is undertaken by both the municipal and provincial levels of government. Our crews and contractors clear snow from MD-managed roadways, while Alberta Transportation contractors are responsible for snow removal on provincial highways. 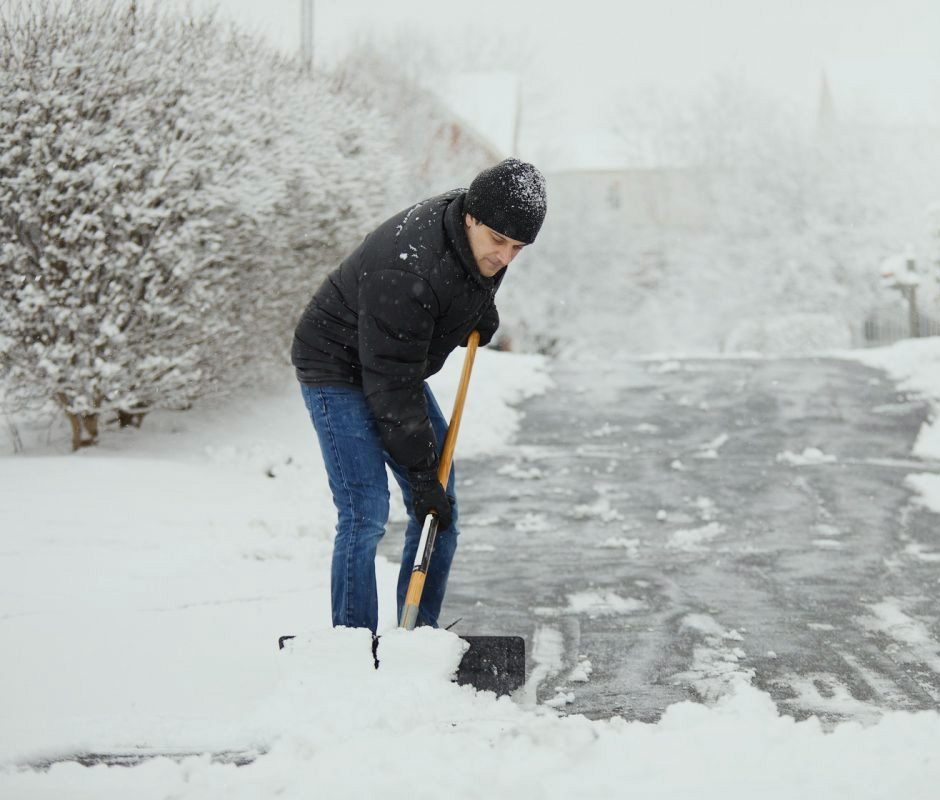 Your snow is
YOUR RESPONSIBILITY

As a resident of the MD, any snow that falls onto your property is your responsibility. Do not push your snow onto the roads, ditches or right-of-ways. Keeping your snow on your land helps prevent dangerous drifting, ice roads and flooding. Thank you in advance for your cooperation!

The MD's road maintenance program includes snow and ice control to ensure the safety of the traveling public.

After a snowfall event, MD crews begin clearing snow and ice from the roads under their control. It can take between 8 and 12 hours to clear priority roads, and about three days for all MD-managed roads to be cleared (depending on accumulation). A larger or continuous snowfall event may extend the time necessary to clear snow from all local roads.

Please note that Alberta Transportation is responsible for clearing all provincial highways.

The MD is responsible for range roads, township roads and subdivision roads. MD crews work to the best of their collective ability to clear roads quickly and safely following a snowfall event.

Unfortunately, the MD cannot accommodate individual calls requesting snow removal. The priority is to clear the MD-managed road network as quickly as possible. When the snow falls, please drive in accordance to the conditions and allow for extra drive time.

For any transportation-related questions or concerns, or to request a snowplow flag, please contact Transportation Coordinator Shari Spencer during office hours.

Provide your email address below to be notified in the event of any changes to Lesser Slave River's road bans.

Which roads are plowed first and why?

The MD strives to provide safe roads during the winter season. The Municipality' s has a response team equipped with: Three pieces of combination road plowing and de- icing equipment, five road plowing graders, One front-end loader, and two tractors. This response team maintains the Municipality’s 600+ kms of roadway, plus all municipally owned buildings including complex parking lots. We have established plans and routes for clearing snow and ask that you refrain from calling during the first day of a snow event. After the snowfall ends, it can take 8- 12 hours to clear priority roads, and for all Municipal roads approximately 4 days. A larger or continuous snowfall event may extend the time necessary to clear snow from all local roads.

Roads are categorized into seven groups or “priorities”. Priority One roads carry the higher volumes of traffic and are most easily identified as Major Arterial Roads. These are the roads people use to get to business areas and in and out of the municipality. Priority Two Roads are Industrial Roads, Fire Halls and Water Treatment and Sewer Facilities. Priority Three are Major Collector Roads. These Three priorities are usually done within two working days of a snow fall and include most school bus routes. Priority Four Roads are Minor Collector Roads and Hamlets. Priority Five are Local Roads and Farm Access Roads. Snow flags are priority Six and Community Complexes are Priority Seven.

Please note that if a rotation is not complete before the next weather rotation, the rotation does start back at priority one roads even if the lower priority roads have not been completed. For example, there is a snow event on a Monday and plows head out on the Tuesday. They get priority 1-3 completed by Wednesday but overnight on Wednesday another 15 centimeters of snow falls. On Thursday the Municipality will start back at priority one to ensure that all major routes are accessible. Also while every effort is made to ensure that school bus routes are completed as soon as possible, it does not have a bearing on the priority of snow clearing.

Why doesn't the MD sand or salt gravel roads?
Salt draws the frost out of the ground once temperatures start to rise above -15 degrees. This can cause uneven and premature thawing of the gravel roads, creating more of a mess than ice. The MD mixes salt in with all our road sand, so it is not applied to gravel roads. Ice Blading and driving to winter conditions is a more effective way to manage ice on gravel roads. On paved roads, sand is only effective when the wind speed is low enough not to blow it off the road surface. The MD applies salted sand to paved roads when temperatures and wind speeds permit. If needed, we will increase the ratio of salt to sand to ensure the best results possible.
Why does the plow truck leave a windrow across my driveway?
Windrows are left when snow falls over the edge of the plow blade as the truck passes driveways. While these are annoying and inconvenient, clearing each approach as it is passed, greatly increases the time needed to clear snow directly after a snow event. Currently MD policy does not require operators to clear the windrow from approaches unless they are over 75 centimeters high. However, our practice is to remove them when time and weather conditions permit after all other priorities have been cleared.
Who clears around community mailboxes?
Canada Post is responsible for clearing the snow and ice around the community mailboxes. If snow is preventing you from accessing your mailbox you can submit a service request to Canada Post at their website Canada Post - Service ticket submitted - (canadapost-postescanada.ca).
Who clears around fire hydrants?
Residents are asked that they do not pile snow from their driveway or private property in such a way that covers fire hydrants. Cleaning around fire hydrants is a team effort in MDLSR. Property owners are strongly encouraged to clear snow from fire hydrants on or around their property to ensure Lesser Slave Lake Fire Services can quickly gain access in the event of a fire. Should a resident not be able to clean the snow then fire fighters and/ or municipal staff will undertake the snow removal periodically throughout the season.
What can I do to help?
THE RESPONSE TEAM MUST ADHERE TO THE PRIORITY SNOW CLEARING SEQUENCE. KINDLY REFRAIN FROM CALLING THE MD ADMINISTRATION OFFICE AFTER A SNOWFALL; REST ASSURED WE'RE DOING OUR UTMOST TO CLEAR THE WAY! 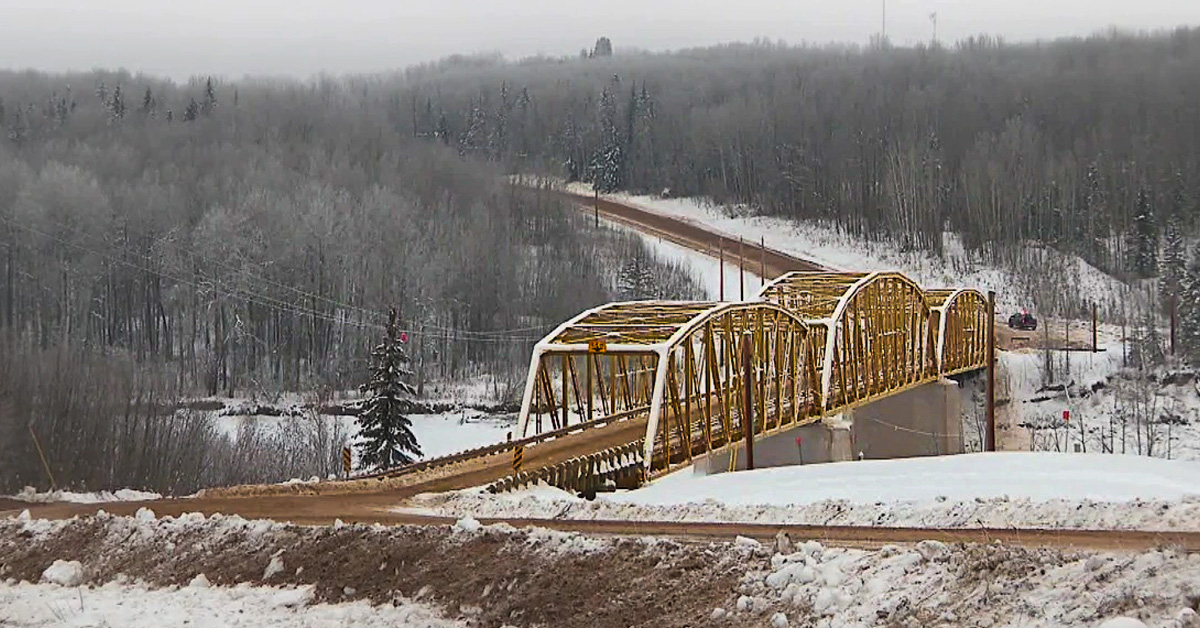 Rreeve says a complete replacement is needed — not only to keep the town alive, but also to provide a connection to tourism and oil & logging industries. ... 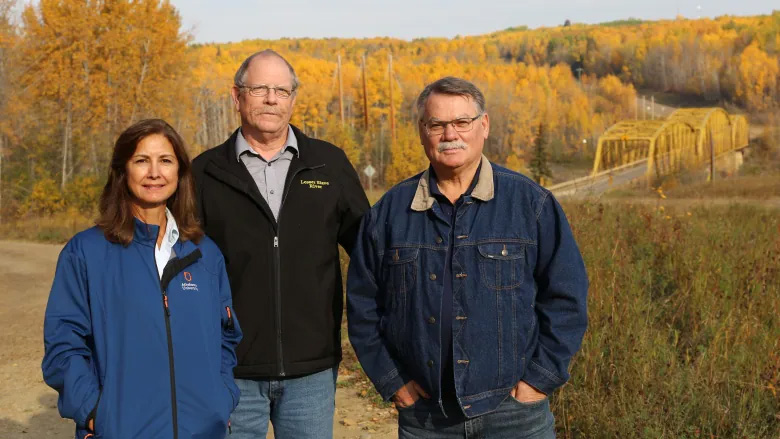 Alberta government says replacing the Smith Bridge is no longer its responsibility. ...