Details on regular and advance voting

An election to be held on October 18, 2021 to elect Council members who will serve a four-year term to expire in 2025.

To vote in the 2021 MD of Lesser Slave River municipal general election:

In order to vote in the upcoming municipal elections, voters will be required to provide proof of their name and home address. The following types of verification meet the standard provincial requirement for one piece of identification.

All Alberta residents will be provided opportunities to vote in the province’s Senate election and on the province’s referendum questions, which are being conducted in conjunction with the October 18, 2021 municipal general elections.

Because First Nations, Summer Villages and a few other jurisdictions in Alberta are not scheduled to hold elections on October 18, the province has arranged for residents of those places to be able to vote via local elections in a nearby municipality.

Residents of the Sawridge Band, Sawridge 150G, Sawridge 150H, Swan River First Nation, Assineau River 150F, Swan River 150 Residents who are at least 18 years of age will be able to vote at a M. D. of Lesser Slave River voting station on Election Day or during Advance Voting. Before they can vote, all electors must provide authorized ID to verify their identify and place of residence.

In addition to the authorized forms of ID on this list, a federal "Indian status" or local "band card" are also acceptable forms of ID for electors voting on the provincial referendum questions and Senate vote. 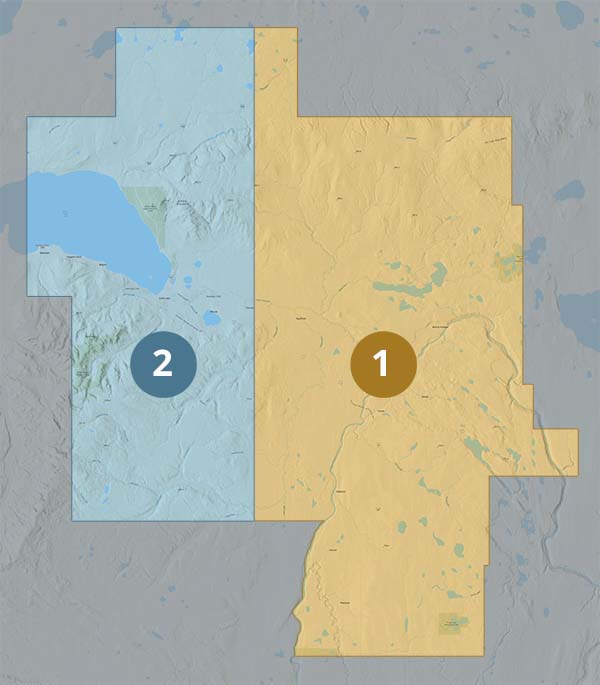 On Election Day, you must vote at one of the Voting Stations allocated to the Electoral Division in which you reside.
Election Boundaries

When can you vote?

Where can you vote?